The Sydney Morning Herald – Making music with Borat and Bruno 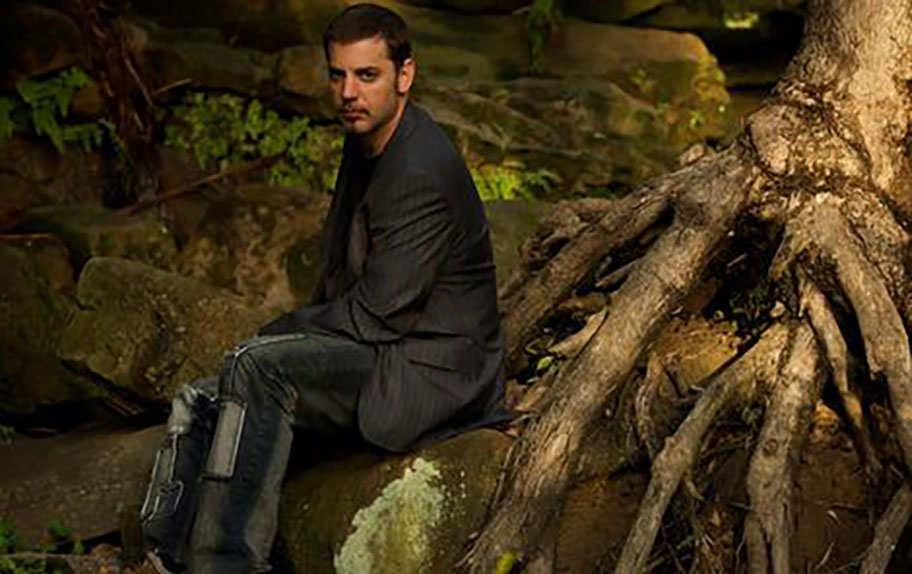 Sacha Baron Cohen’s lesser-known brother is an acclaimed talent in his own right, writes Dan Goldberg.

His surname is Baron Cohen, his credits include Da Ali G Show, Borat and Bruno and he fell in love with an Australian woman. The inimitable Sacha Baron Cohen, of course.

Not quite. His older brother, Erran Baron Cohen, is a critically acclaimed musician and composer who wrote the score for the blockbuster mockumentary Borat and has just finished composing the music for Bruno, which has its premiere in Sydney on Monday.

Tall, lean and strikingly similar in looks to his younger sibling, Erran Baron Cohen, 41, has lived a “cave-like existence” for the past few months in Alexandria, where he has been writing the score for the flick that many critics say is more outrageous than the one featuring the bumbling Kazakh reporter.

The music for Borat, which won him an American Society of Composers, Authors and Publishers award, was heavily influenced by Gypsy music, a genre close to klezmer, one of Baron Cohen’s many musical roots.

But Bruno strikes another chord altogether, he says. His brother’s uber-gay, flamboyantly fashion-conscious alter ego from Austria is accompanied by music that is predominantly, well, gay.

“I immersed myself and bought a couple of electronic dance compilations – Germanic dance stuff – just to get some ideas,” he says. “There’s obviously also the electronic house style, as well as a 50-piece orchestra full of romantic stuff and a rock band.”

But the piece de resistance is the finale, which was recorded at Westlake Recording Studios in Los Angeles, where the late Michael Jackson recorded Thriller.While he will not disclose details, reports from the world premiere in London last week say the likes of Bono, Sting and Elton John feature in the song.

“We got some huge music stars to sing it,” Baron Cohen says. “It was definitely a memorable moment.”

Sydney also played a bit part. Some of the movie’s soundtrack was recorded with local session musicians at Studios 301. “We did a rock thing here which ended up in the movie. There’s a great guitarist called Mark Johns whom I knew from London and who moved back here; I got him in and some other great musicians.”

During the time he was holed up in Sydney, Baron Cohen made several trips to Los Angeles.

“I took everything I composed here to LA to sit with the director, Larry Charles, and Sacha and everybody else. It’s very, very intense; things are constantly changing, the scenes change, they cut things out.

“I was working day and night alone and at the end when you bring in musicians it’s a fantastic moment.”

The art of composing scores for films, he says, is knowing when to remain silent. Baron Cohen points to the infamous nude wrestling scene in Borat between his brother and his obese comrade Azamat.

“It was such a strong scene that any music would have probably detracted from the beauty of it. Not having any music there was as powerful.”

“The thing about Sacha’s movies, which I think makes them great, is that there’s this edge to them that actually exposes peoples’ prejudices.

“It’s very, very funny at the same time but it’s also somehow very heavy. It has those two sides to it, and that makes it really interesting.”

The two Baron Cohen brothers (they have an older brother) have been collaborating since, as kids in London, they would improvise after the Sabbath meal on Friday nights. “Me and Sacha used to play piano and make up songs for all the unsuspecting guests.”

When Da Ali G Show began in 2000 Sacha asked his brother to remix beats while bands such as Supergrass performed live. But for Borat he had to prove himself to Hollywood’s big guns.

“Before I was confirmed as the composer there were certain scenes they needed music for very quickly. One was my version of the Kazakhstani anthem; I did it in one night. They loved it and that got me the gig.

“Borat was the biggest thing I’ve ever worked on.”

It also spawned the most unlikely of commissions: composing music for the Turan Alem Kazakhstan Philharmonic Orchestra. “I thought it was a joke,” Baron Cohen says, recalling the initial outrage of Kazakh officials to Borat. “But I thought I’ve got a chance to write music for an 80-piece orchestra. I’ve never done that before. ”

The piece, Zere, was performed at St James’s Church in 2007 and mastered at Abbey Road. Baron Cohen also recorded the first album of his world music project, Zohar, there in 2001. Rolling Stone called it “compellingly exotic”.

The first steps toward movies began when Baron Cohen took to the trumpet aged eight or nine. He also taught himself piano. “I performed at the Royal Albert Hall as a teenager playing trumpet and also with a school choir when I was 12.”

Ever since, he has been drawn to an eclectic range of influences – from classical to soul, jazz to Jewish cantorial music – which, he says, have helped him cross genres when writing film scores.

Although London is his official residence, Los Angeles and Sydney, where he was married a decade ago, feature regularly on his itinerary.

“I love it here,” he says. “I’d love to do a project here; there are great filmmakers. I just saw Samson & Delilah. Rabbit-Proof Fence is one of my favourites. I think the movies that come out of here are very unique.”